Located in the heart of the Willamette Valley, Simnitt Nursery grows quality nursery stock for the wholesale trade, including: Daphne, Pieris, Kalmia, Grafted Conifers, Broadleaf Evergreens, and over 175 varieties of Rhododendrons. 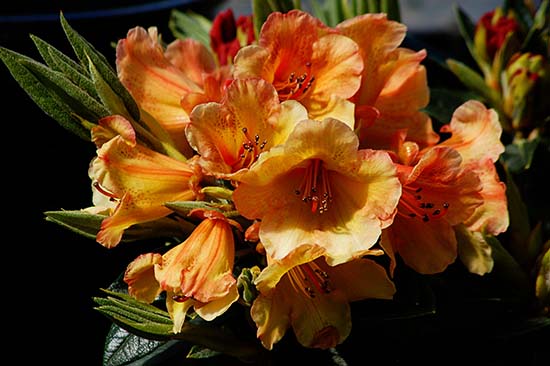 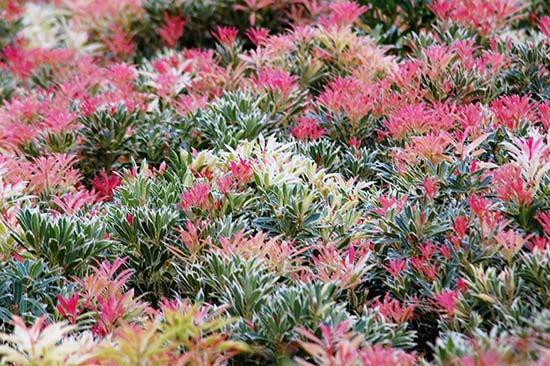 Nestled between Portland and Salem, it is easy to visit their 70-acre grounds and take a look at their wide variety of plants. Since the 1970s, they have been a source of high quality plants and have serviced retailers throughout Oregon, the Puget Sound region, and parts of Canada.

For almost as long as they’ve been established, Simnitt had been using a skid-steer to haul their plants and to load and unload their trailer. Though the skid-steer allowed them to move plants and soil, it presented a challenge in unloading the trailer of the flatbed.

They’d have to tip the equipment and pull it back, which was not its intended use. It also wasn’t able to fit into the greenhouses, which was an issue because they were unable to reach the many plants stored there. Though they recognized the skid-steer did not fit their application completely, it wasn’t until it broke that they began looking for an alternative solution.

The Quest for a New Machine 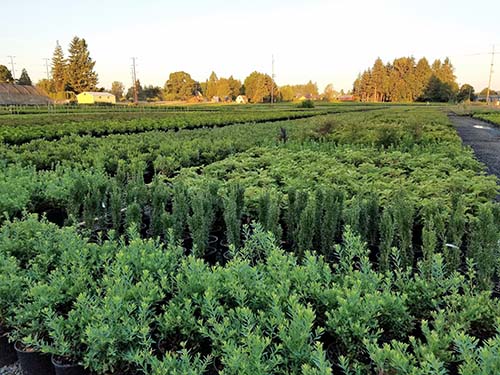 Simnitt hoped to find a machine that would support their goal of becoming more economical and efficient in their operations. Currently operating with half of their plants in containers and half in the field, Simnitt intends to focus on the container side of their business as it is more retail-friendly. Container plants are easier to lift and can be sold year-round, unlike field plants.

In order to do this well, they needed a machine that better loaded their trailer and entered their greenhouses. They also wanted a bucket attachment to move soil around the grounds.

Rather than purchasing different types of equipment to fill each of these needs, they envisioned one versatile machine to accomplish all of them. With labor becoming more difficult to find and more expensive, and with Simnitt tackling different tasks at different times of the year, they decided having a piece of equipment with diverse functionality would best improve their efficiency.

As Simnitt considered their options, they reached out to others in the industry to see if anyone else had found a versatile solution like what they were searching for. They initially were introduced to an Italian material handling company, but struggled to get any information on their equipment.

“One day, my cousin was driving through Clackamas and saw an AUSA T144h telehandler outside of the Toyota Lift Northwest office, and thought it matched my description well. Their Territory Manager, Mark Fedorsic, came by right away and was really helpful in getting me information about the telehandler. He also set me up with a demo of a larger version of the one I was interested in and arranged for a representative from AUSA to visit with more details too,” Co-Owner, Jerry Simnitt, said.

Simnitt thought having a telehandler at their nursery would be a good fit, but using it is a completely different thing. Unlike the skid-steer they had been using, the telehandler with its extension was completely new to them. The demo would help answer their questions:

They learned that the machine operated differently than the skid-steer, but were happy to learn that it was pretty simple to use, and that its wheel made it really easy to turn. Demoing the larger telehandler confirmed their need for the smaller one so they could fit it in and out of their greenhouses more easily. 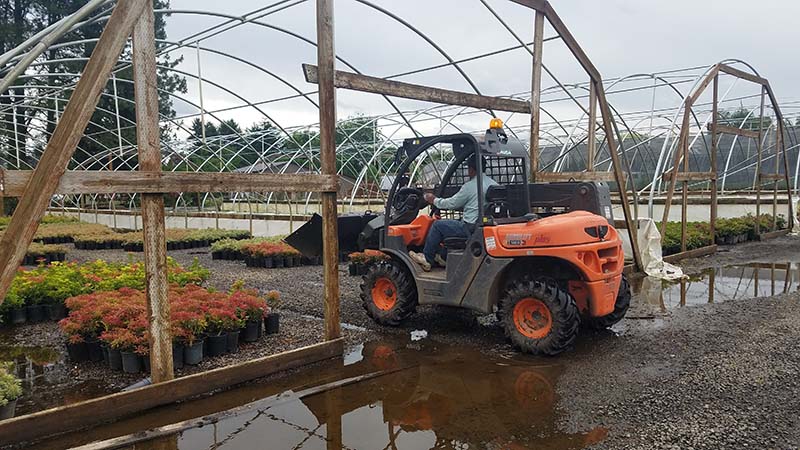 They also weren’t planning on lifting anything super heavy, so the lift capacity of the smaller telehandler would work well for them.

The Telehandler in Action

Simnitt Nursery has been the owner of the telehandler for a few months, and so far it has done everything they have needed it to. They are now able to load and unload their trailer much easier by extending the telehandler and simply picking the plants up instead of having to tip and pull back like they did with the skid-steer. 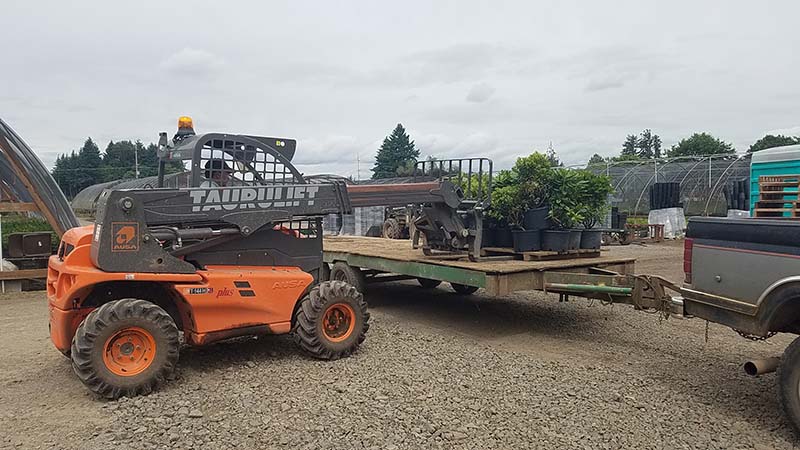 It also drives much smoother than their previous equipment. Their skid-steer would jerk when approaching plants if they weren’t exactly aligned, but now their telehandler drives forward with ease. They’ve also gotten some good use out of the bucket and it has worked well in moving soil around their grounds. 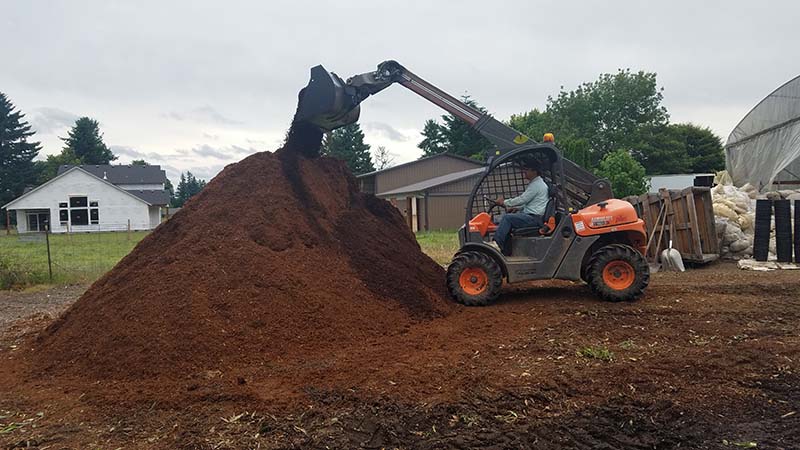 They haven’t completely used it in the greenhouses yet, though they think it will work perfectly for what they need. Part of the reason the telehandler appealed to them was because of its low height and tight turning radius. These things would make it perfect to get to the edge of the greenhouse, set down their plants, and then get out easily.

“I would definitely recommend this telehandler to other nursery owners. Even if you need it just as a loader, it makes a great loader. For us, the versatility of it is the most important thing: the low height and high clearance, the ability to drive on both dirt and gravel, its capacity, and the way it lifts. It’s terrific. I would definitely recommend it,” Jerry said.

New Facility to Open in Chehalis